Cafe Casino in Jurata, i.e. pre-war pipes on the beach.

In 1935, in the place where the Bryza hotel in Jurata stands today, right on the shores of the Baltic Sea, the famous Cafe Casino. This iconic cafe before the war was the most important point of social meetings and became a symbol of Jurata, recognizable not only in Poland.

We present a brief history of the now defunct Cafe Casino in Jurata.

July 14, 1935 the most elegant cafe on the Polish coast was opened. The seat of the Cafe Casino was a specially built, modernist building with extensive terraces on the sea side and a dance floor in the open air. 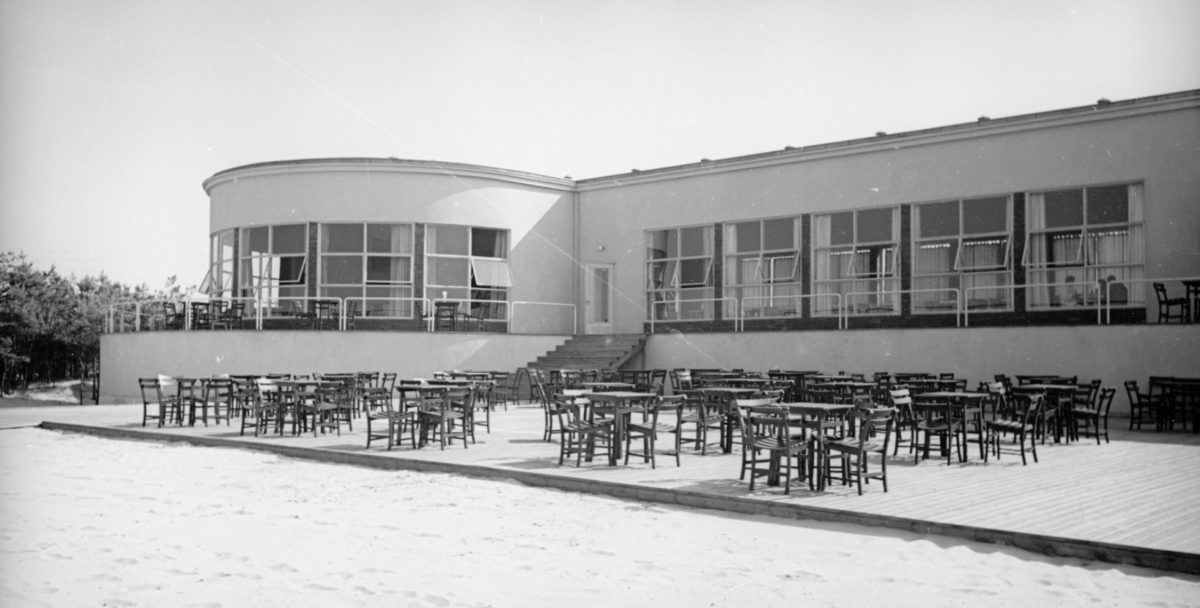 The Cafe Casino pavilion was made of a wooden structure, typical of the coastal modernism of the interwar period.

The architectural shape of the cafe was based on a horizontal combination of light cylindrical and rectangular glass shapes - we read in Szymon Jock in "Jurata 1928-1939".

Inside there was a concert hall, cocktail bar, cafe and restaurant, with huge panoramic windows from which there was an endearing view of the Baltic Sea. 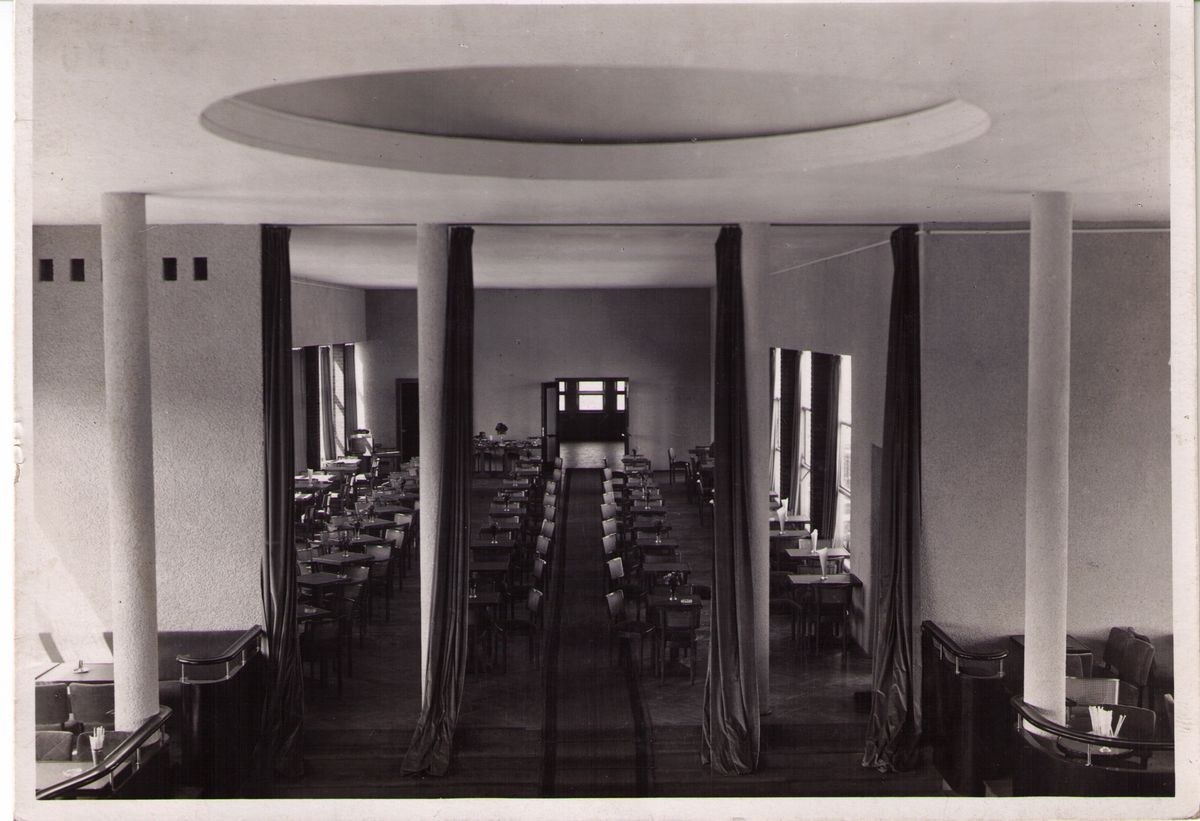 The inauguration of the cafe was graced by a performance by an outstanding dancer  Tatiana Wysocka and one of the most popular in those years, a Jesuit, a saxophonist Leonard Ilgowski with a team who were among the regular performers performing at Cafe Casino.

The restaurant was run by the Sadowski brothers, restaurateurs who also managed the Lido hotel, and then opened the "Kaukaska" restaurant in Warsaw.

Two days before the opening of the cafe, you could read the announcement in Gazeta Gdańska:

On Sunday, the 14th of May at 9:00 pm, the most elegant place on the coast will be opened at the JURAT "CAFE CASINO" Dancing Cocktail-Bar. Every day during Five'o clock and in the evening artistic performances. Tacjanna Wysocka's ballet with the participation of the famous orchestra "ILGOWSKI BAND". Affordable prices. Any outfit.

Miss Jurata and Fajfa at the seaside

Cafe Casino was a place of afternoon meetings and dancing games. The pipes held here were varied with artistic shows and performances by the most eminent performers of those years. Trendy music was coming from the loudspeakers, including "I made an appointment with her at nine," or "La Paloma." The open-air dances lingered at the Cafe Casino until morning. There were also fashion shows and elections "Miss Jurata" and "Queen of the Sea„.

Favorite place of the elite

The whole "social cream" of the Second Polish Republic spent time in Cafe Casino, staying on vacation in the fashionable Jurata. You could meet famous artists, politicians, businessmen and wealthy patients there.

Unfortunately, Cafe Casino did not survive. The café building was located very close to the sea, which, by washing away the structure, led to its collapse during a storm in the fall of 1948. The building has never been rebuilt and the cafe has never been recreated. In the 1970s, a mining holiday center was built in this place, adapted at the end of the 1990s into the "Bryza" hotel, which is today a synonym of luxury and a summer residence for celebrities.