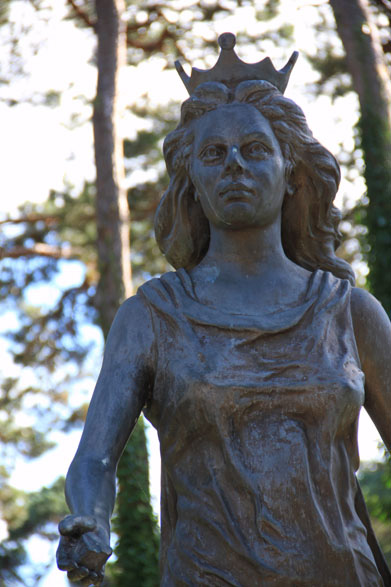 Legends say that the goddess Jurata lived in an amber palace at the bottom of the Baltic Sea ...

One day she heard that the fisherman Kastytis was catching too many fish from the sea, so she swam to his boat to punish him, but when she saw the fisherman she fell in love with him without memory. When the god Perkun found out about the relationship between Jurata and mortal, he destroyed the amber palace with lightning, and chained Jurata herself with chains to a rock at the bottom of the sea.

According to another application, it is Gork - the father of the beautiful goddess Jurata, upon learning of the feeling that connected his daughter with a modest fisherman, destroyed the palace at the bottom of the sea causing an unbridled storm ...

... after all, it is certain that the amber palace was shattered into thousands of drone pieces that can be found on Jurassic beaches to this day.

A modern resort of pre-war Poland

According to the intention of the builders - founders, Jurata from its beginnings to this day is a unique, most charming and the most elite place on the Polish Baltic. It was designed in accordance with the latest concepts and trends prevailing in Europe at the time, making the undeveloped place on the Baltic Sea the most modern resort in pre-war Poland, which by its standard, also today, does not diverge from world standards.

In 1932/33, an exclusive "Lido" hotel was built in Jurata, which had a direct telephone connection with Paris in the null years. Regular guests of the hotel were, among others Gen. Władysław Sikorski, Jan Kiepura, Eugeniusz Bodo, Tola Mankiewiczówna, as well as Wojciech Kossak with daughters - Magdalena Samozwaniec and Maria Jasnorzewska-Pawlikowska.

Magdalena Samozwaniec in her book Maria and Magdalena wrote that Jurata had become: "the most elegant and snobbish place on the Coast."

In 1935, the famous Cafe-Cassino located on the dunes, right by the sea, in the place of today's Hotel Bryza began its operation. 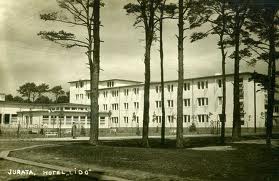 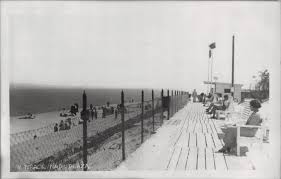 Jurata from years ago, just like now, is a place where one simply "should be".

They used to have their residences here, among others Fr.. Czetwertyńscy, count. Potoccy, count Tyszkiewicz, Ignacy Mościcki or Józef Beck. In the direct vicinity of Jurata, although already within Hel, the President of the Republic of Poland also has a summer residence

It is here where representatives of culture and art regularly relax, as well as Polish stage stars and politicians. On the Jurassic pier, built in the 70s of the last century, you can meet Wojciech Mann, Krzysztof Materna, Jan Englert, Maciej Orłoś and many, many more ...

In the years 1922/23 a railway line to Hel was built on the peninsula and since then one can speak of the development of tourism in this area.

Jurata itself was founded only in 1928 by entrepreneurs,

who, after establishing Jurata SA, leased 150 ha of land from the state and started construction works by building beautiful villas, summer houses and guesthouses between two fishing villages - Jastarnia and Hel.

Until then, there were only dunes and pine forest, whipped by the coastal breeze, inhabited by wild animals and hosts of migratory birds.

The first season in Jurata began in 1931, and the information brochure published on this occasion wrote:

(...) the constant temperature in this town is much milder, due to covering the forests that protect against the wind, than it is in Gdynia and even in Warsaw, and on the entire sea coast. An even greater difference in favor of Jurata can be seen in terms of the number of sunny days with high insolation.

In 1935 an asphalt road was built on the peninsula, and from then on, summer vacationers could, apart from the railroad and the ship from Gdynia, travel - very fashionable at the time - in automobiles. 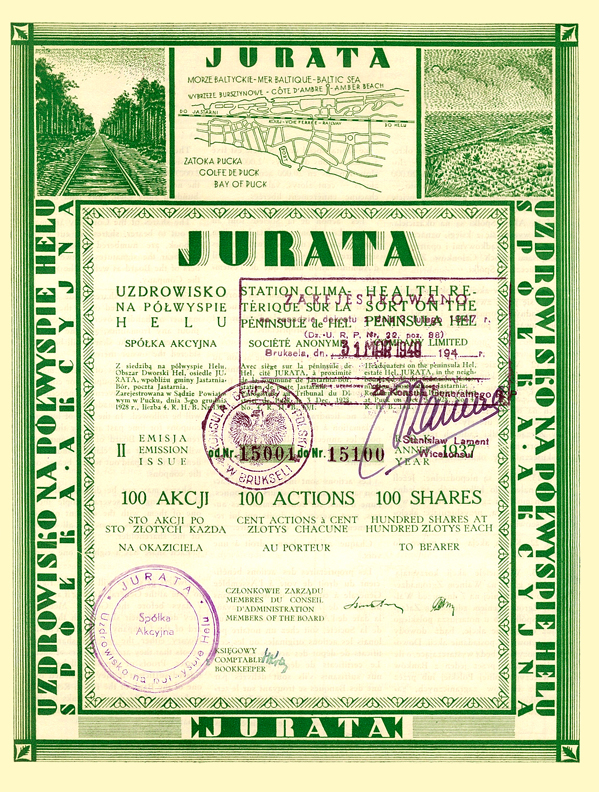