Residence of the President of the Republic of Poland in Jurata, no secrets.

We discover the history and charms of the summer residence of the President of the Republic of Poland - Mewa, in the vicinity of Jurata.

The Hel Peninsula was one of the favorite holiday destinations of Poles, including the then elite, already in the interwar period. In the 1930s, President Ignacy Mościcki rested here with his family, who on a wooden porch in the "Muszelka" villa (on the premises of the "Jantar" Officers' Holiday Home) received guests, including the top students of the Maritime School. 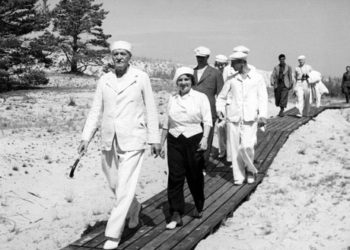 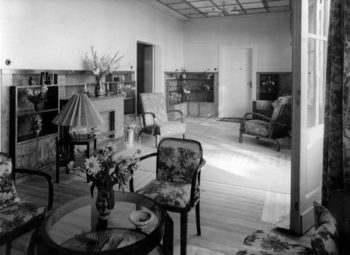 The values of Jurata and the surrounding forest have been appreciated by successive generations, including representatives of the authorities of the Polish People's Republic. In the 1960s, on several dozen hectares, among a pine forest near Jurata, leisure pavilions were created, which were later transformed into Recreation Center of the Office of the Council of Ministers "Mewa". On August 1, 1989, the center was taken over by the Chancellery of the President of the Republic of Poland and since then it has been nicknamed the "summer residence of the president" ... 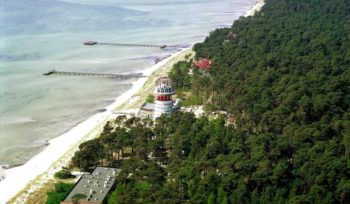 The location of the center is often incorrectly stated when it is said that it is located in Jurata. However, this is not true. Although the center uses the media brought from Jurata, it is located within the administrative boundaries of the city of Hel. The complex is located on the southern side of the Hel Peninsula, in the area of the so-called fortified Hel, on the shores of the Bay of Puck.

However, this does not change the fact that when determining the place of their destination, all presidents, their families and guests spoke about Jurata, not about Hel. This is probably due not only to the proximity and charm of Jurata, but most of all to the history of the resort, which has been loved by the elite, for nine decades now. Perhaps it is worth thinking about moving the administrative boundaries of Jurata so that the location of the presidential center is determined in accordance with the adopted nomenclature? 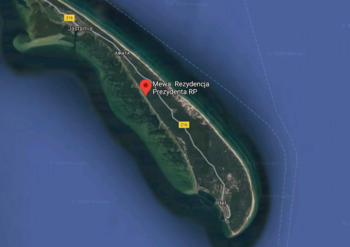 Despite the fact that the property was taken over by the Chancellery of the President of the Republic of Poland, it was relatively rarely used, which is why it was neglected. No permanent maintenance or renovation work was carried out here, mainly due to budget deficits and fear of public impressions. Such a tan lasted until 1996, when the renovation, which lasted almost 7 years, began. 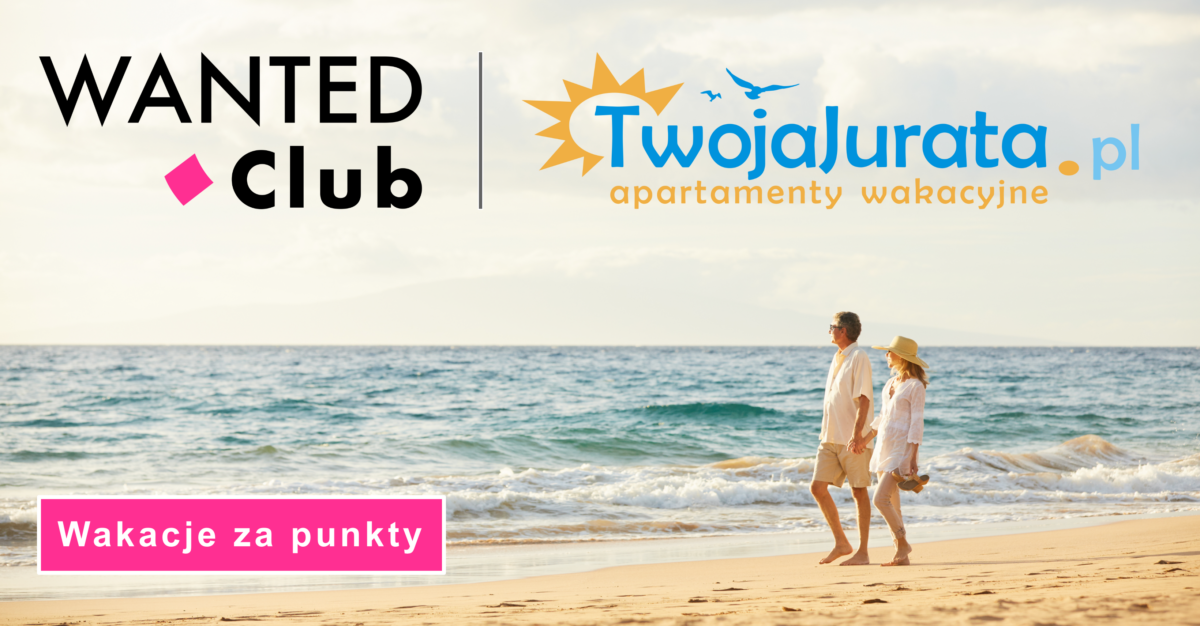 The first villa was renovated in 1998 as residence of the presidential couple. The second, commissioned in 1999, serves the president's guests. In 2002, on the initiative of Aleksander Kwasniewski, a 35-meter-high viewing tower "Panorama" was erected on the premises of the resort, and in 2003 the modernization of the remaining buildings was completed. 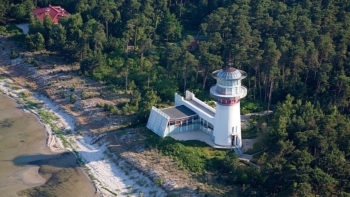 On a 150 hectare plot, there are two twin, luxuriously equipped villas with a total area of nearly 2,000. m2, tennis court, sauna and gym. The 2-story observation tower on a private beach houses an indoor pool with jacuzzi. The Panorama building visible from the bay is now named after Jolanta Kwasniewska. There is also a helipad on the private pier.

From the observation tower there is a breathtaking view of the Bay of Puck:

Presidential Center in Hel it is a real fortress. The entire area is closely guarded by the Maritime Border Guard Unit, and a large part of the sea area is closed to shipping in this place. Access to the center is secured by guard booths with 24-hour security. The entire property is surrounded by a high fence with barbed wire. Security is also guarded by numerous video surveillance cameras.

The center is closed to visitors, only authorized employees have access here, except for the family of the president and his guests.

A favorite place for presidents and behind-the-scenes talks

The holiday center of the President's Chancellery in Hel was liked by all heads of state to date. President Wałęsa treated him with distance, the other presidencies regularly spent their holidays here on the Baltic Sea. President Duda visits Mewa at least once a year.

"In Mewa, President Kwasniewski discussed in a small group what to do with the case of Colonel Kuklinski, Prime Minister Miller was recovering from an air accident, Lech Kaczynski compromised with Donald Tusk at fault"