Jurata yesterday and today: The most famous hotels in Jurata.

Jurata is a resort with a 90-year history. See how it has changed over the years. We present TOP 5 hotels in Jurata that are an integral part of the spa's landscape and history.

One of the most recognizable and most luxurious hotels on the Polish coast is undoubtedly the one owned by Katarzyna Frank-Niemczycka and Zbigniew Niemczycki Hotel Bryza, considered the most "celebrity" in Poland.

This 4-star hotel is situated in the dunes, in first line of development facing the open sea. The location makes the facility unique because relatively few buildings can be found on the Polish coast, so close to the beach.

The hotel complex consists of three buildings with meaningful names: Marshmallow, Mewa and Scallop. In the central part there is an intimate courtyard with a picturesque fountain.

There is a view of the Baltic Sea from the courtyard of the building and most of the rooms. There is a guarded swimming pool next to the hotel, which can be accessed directly from the hotel premises.

There are two tennis courts, a swimming pool complex overlooking the sea, a wellness zone, two restaurants, a cafe and a summer bar.

The history of the Bryza hotel dates back to the interwar period. It used to be in this place Caffe Cassino - the legendary cafe where the richest and most influential Poles spent their time during the holidays. In the times of the Polish People's Republic, a holiday complex was built here for party authorities and miners. After the political transformation, the property became the property of the local government, and then it was purchased by the Niemczycki family, who, after a thorough renovation of the facilities, opened their doors in 1998. 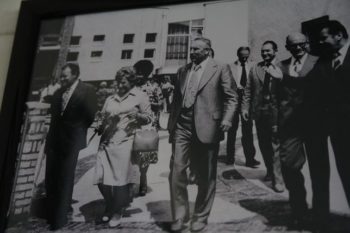 Lido is one of the oldest and most famous accommodation facilities in Jurata.

Established in 1932-1933, it was the largest and most luxurious hotel on the Polish coast at the time, with 65 rooms with running water, private bathrooms and a direct telephone line to Paris! 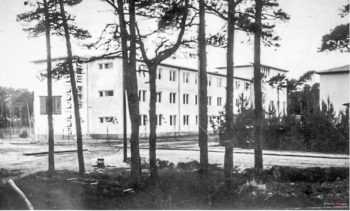 The guests of the hotel were, among others, Eugeniusz Bodo, Jan Kiepura, the Halama sisters, Jadwiga Smosarska, general Władysław Sikorski and Józef Beck. Wojciech Kossak's daughter, Magdalena Samozwaniec, called him "a luxury passenger ship that nobody wants to get off ". An interesting fact is that some people had their own villas in JurataThey also rented rooms here, which testified to the uniqueness of the place and its values. Unfortunately, the hotel has had its prime years behind it.

The body of the building is kept in a modernist style, characteristic of the Jurata architecture. 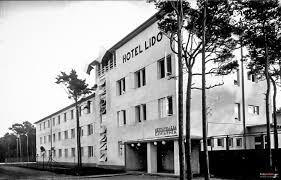 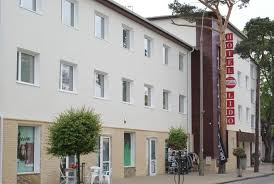 Hotel Lido is located in the heart of Jurata, at the intersection of ul. Wojska Polskiego and ul. Isthmus. Currently, the facility offers accommodation in 97 rooms, among which there are 6 studio apartments. The hotel has a restaurant, drink bar and a guarded parking lot.

A hotel that no longer exists Neptune in Jurata was located at ul. Mestwina right next to the pier, right on the Bay of Puck. The facility was built in the times of the Polish People's Republic and was the first recreation and training center for the authorities and representatives of the Central Committee. After the re-privatization, PKO Bank Polski became the owner of the facility, which had numerous plans related to the modernization of the hotel and its reconstruction. However, none of the ideas were implemented. 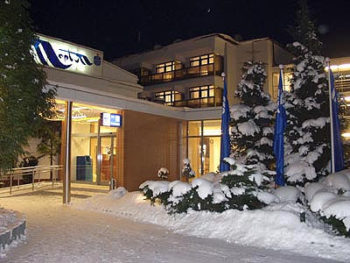 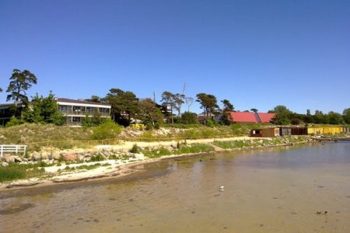 The hotel offered its guests 193 beds in 90 rooms, a tennis court, a swimming pool, a sports hall, a gym and a solarium, a conference room for 300 people and 5 lecture rooms.

The hotel closed in 2014after which it was demolished. A modern complex consisting of a 5-star hotel was to be built on the site of the hotel Royal Tulip, luxury holiday apartments and a commercial and service area. 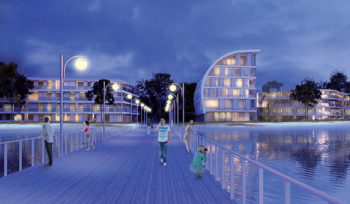 The hotel is located on the dunes, at ul. Świętopełka 11, only 300 m from the seaside beach and in close proximity to the complex 4 Elements in Jurata.

Jurata Hotelwas the first on the Hel Peninsula to join the international chain Best Western® in June 2016. After a thorough renovation, guests have at their disposal 45 rooms, a swimming pool, a conference room, a bowling alley, a gym and tennis courts.

The investment was worth several hundred thousand zlotys, and he was the investor Chopin Airport Development. It is not a coincidence, as the facility belonged to the PLL LOT hotel chain, and previously it was called "Muza". 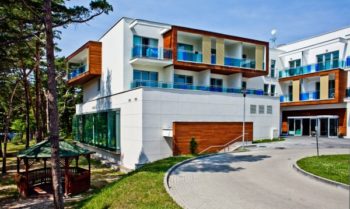 Headquartered in Phoenix, Arizona, Best Western® Hotels & Resorts is a privately held hotel brand with a global network of 4,100 hotels in over 100 countries worldwide.

Morskie Oko is a three-star hotel hotel in Jurata, located on the main street (Wojska Polskiego), at the intersection with ul. Świętopełka.

The facility has 75 beds, a restaurant, a swimming pool and a guarded parking lot.

In the place of the present Morskie Oko hotel there used to be a low pavilion built here in the times of the Polish People's Republic. There was a gastronomic bar in it "Społem ". The building was bought by the owner, neglected and uninteresting Przedsiębiorstwo Inżynieryjnego Reda, businessman Stanisław Gruba, who significantly expanded the facility and breathed new life into it. 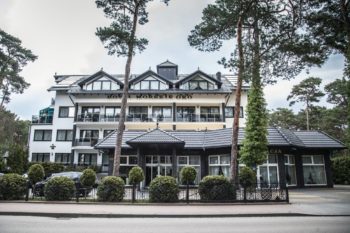