Cleaning the world - Poland 2020 under the slogan "Polish beaches without plastic". 27th action of the Foundation "Our Earth".

On 11-12. On September 2020, the action of cleaning the beaches of the Hel Peninsula will take place.

The action is part of this year's Clean Up the World - Poland 2020, which is already the 27th installment of the campaign organized by the Our Earth Foundation. The partners of the campaign are Procter & Gamble and Lidl Polska, who by supporting the Foundation in its activities, want to contribute to the improvement of the natural environment in the Hel Peninsula region.

The field action, which will take place in Hel, began in August. Between August 17 and August 30, Procter & Gamble products were available in Lidl stores, part of which was allocated to the field action of cleaning the Hel Peninsula. Cleaning will have two stages: on September 11 we clean in Władysławowo and Jastarnia, and then on September 12 we clean in Hel. The action was entitled: "Polish beaches without plastic".

Residents and guests will roll up their sleeves

The inhabitants of Jastarnia, Władysławowo and Hel, teachers and students of schools from this area, students of the University of the Third Age, scouts, as well as local government authorities from these three cities were invited to clean up. The organizers ensure that the action will be carried out in accordance with every restriction in force at that time and with the epidemiological safety.

Final of the action

The final of the cleaning action of the Hel Peninsula will take place On September 12 (Saturday) 2020 at 2 p.m., at the Headquarters of the Cleaning of the World-Poland 2020, located in Hel at Kuracyjna Street at the H. Laskowski,

The special guest of the Action finals in Hel will be Dr. Iwona Pawliczka Vel Pawlik, Head of the Marine Station in Hel, Faculty of Oceanography, University of Gdańsk, who will talk about the dangers of plastic waste in the seas and oceans.

Over 2 tons of garbage collected by June!

In June, during a similar field action, when the beaches from Świnoujście through Międzyzdroje to Dziwnów were covered by cleaning, in one day the Nasza Ziemia Foundation and volunteers from this area collected over half a ton of rubbish, including over 130 kg of plastic waste. In the entire PreStart of this year's Campaign in May, we have already collected over 2 tons of rubbish!

Plastic? I reduce. Resigns. I file.

Each year, the Clean up the World-Poland campaign is carried out under a different slogan.

With the slogans, we want to draw attention to the fact that ... we litter in places where we usually relax: in parks, forests, on beaches. In 2020, we will pay special attention to plastic. Research shows that Poles consume large amounts of it on a daily basis. Disposable shopping bags, plastic bottles, straws, cups ... these are just the tip of the iceberg. And yet we can consider reducing or even giving up some plastic products.

We hope that the slogan of 27 Actions will inspire Poles to change in their everyday life, and when going on a trip, vacation, picnic or for a walk, we will take back with us and properly dispose of all used and unnecessary waste: from a drink bottle to disposable wipes .

The poster for this year's Campaign was designed and donated to the Our Earth Foundation by Andrzej Pągowski. 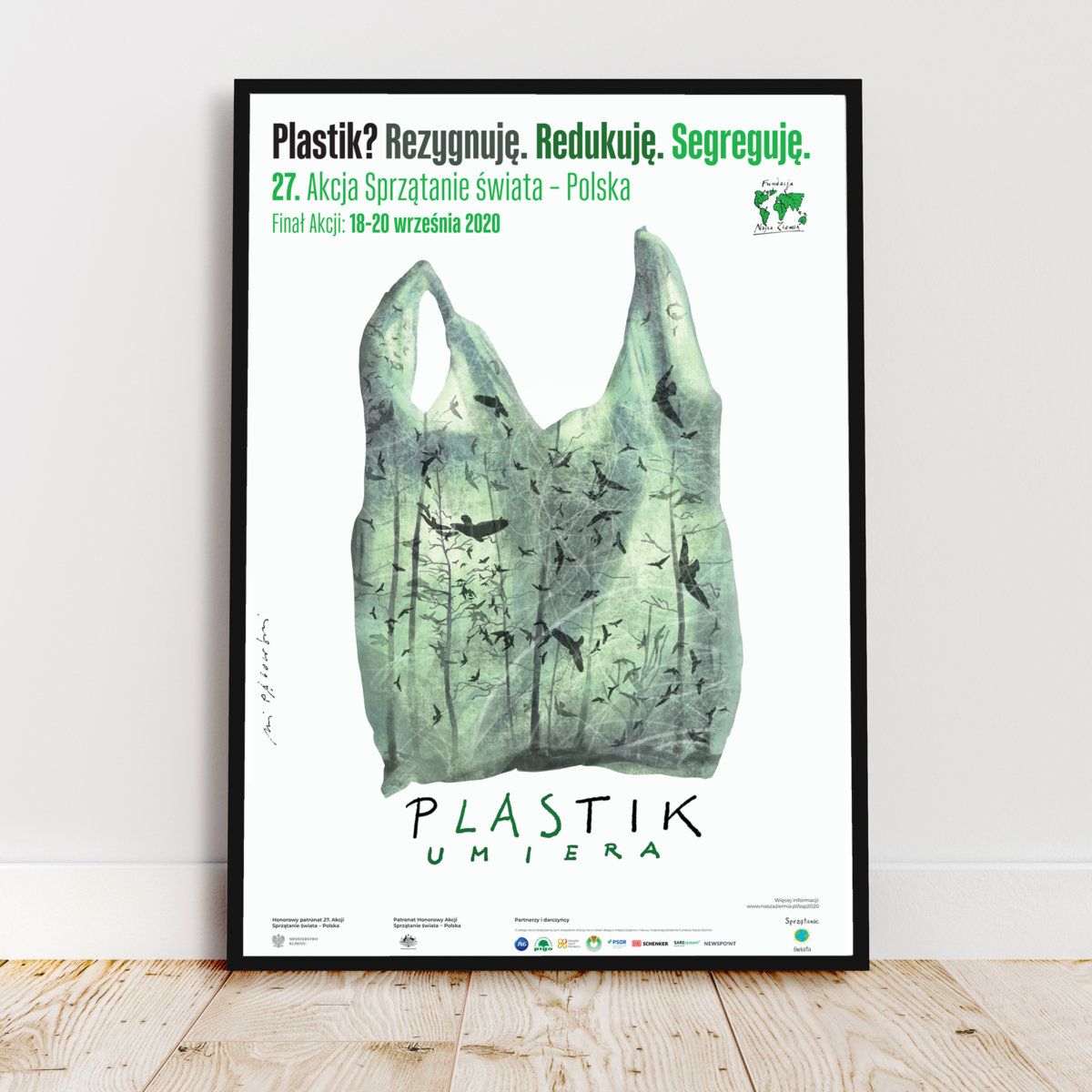 Source: Press materials of the Our Earth Foundation