This year Jurata celebrates its 90th anniversary. On this occasion, on July 24, 2021, official celebrations related to the anniversary will take place on the pier in Jurata.

The beginnings of Jurata

Jurata is one of the youngest Baltic resorts. It was founded only in 1928 by a group of entrepreneurs who leased 150 hectares of land between Jastarnia and Hel from the state and, having established the company Jurata SA, set themselves the goal of creating an exclusive place for holiday travels of the then middle class.

The first official holiday season in a newly established town on the Hel Peninsula began in 1931. 90 years have passed since then, and in 2021 Jurata celebrates its round jubilee of existence.

Jurata is one of the most famous sea resorts in Poland.

Over the years, this extraordinary place has inspired great artists, and no wonder - the sandy coast provides an incredibly picturesque view that literally exudes inspiration.

From the very beginning, Jurata enjoyed the great sympathy of the elite and outstanding artists. It is here that the great works of Wojciech Kossak were created - "On guard of the Polish sea" and "Poland's wedding to the sea ". The daughters of a famous artist also worked in Jurata: Magdalena Samozwaniec and Maria Pawlikowska-Jasnorzewska.

Magdalena Samozwaniec in her book Maria and Magdalena wrote that Jurata has become "The most elegant and the most snobbish place on the coast" ...

... not without reason, because Fr. Czetwertyński, coat of arms Potoccy, as well as Ignacy Mościcki and Józef Beck.

In the immediate vicinity of Jurata there is also the residence of the President of the Republic of Poland.

Celebration of the 90th anniversary of Jurata

On Saturday, July 24, at 20.00, official ceremonies related to the 90th anniversary of Jurata's existence will take place on the Jurata pier. This is a great opportunity to make your own vacation in Jurata diversify with a dose of unusual emotions. 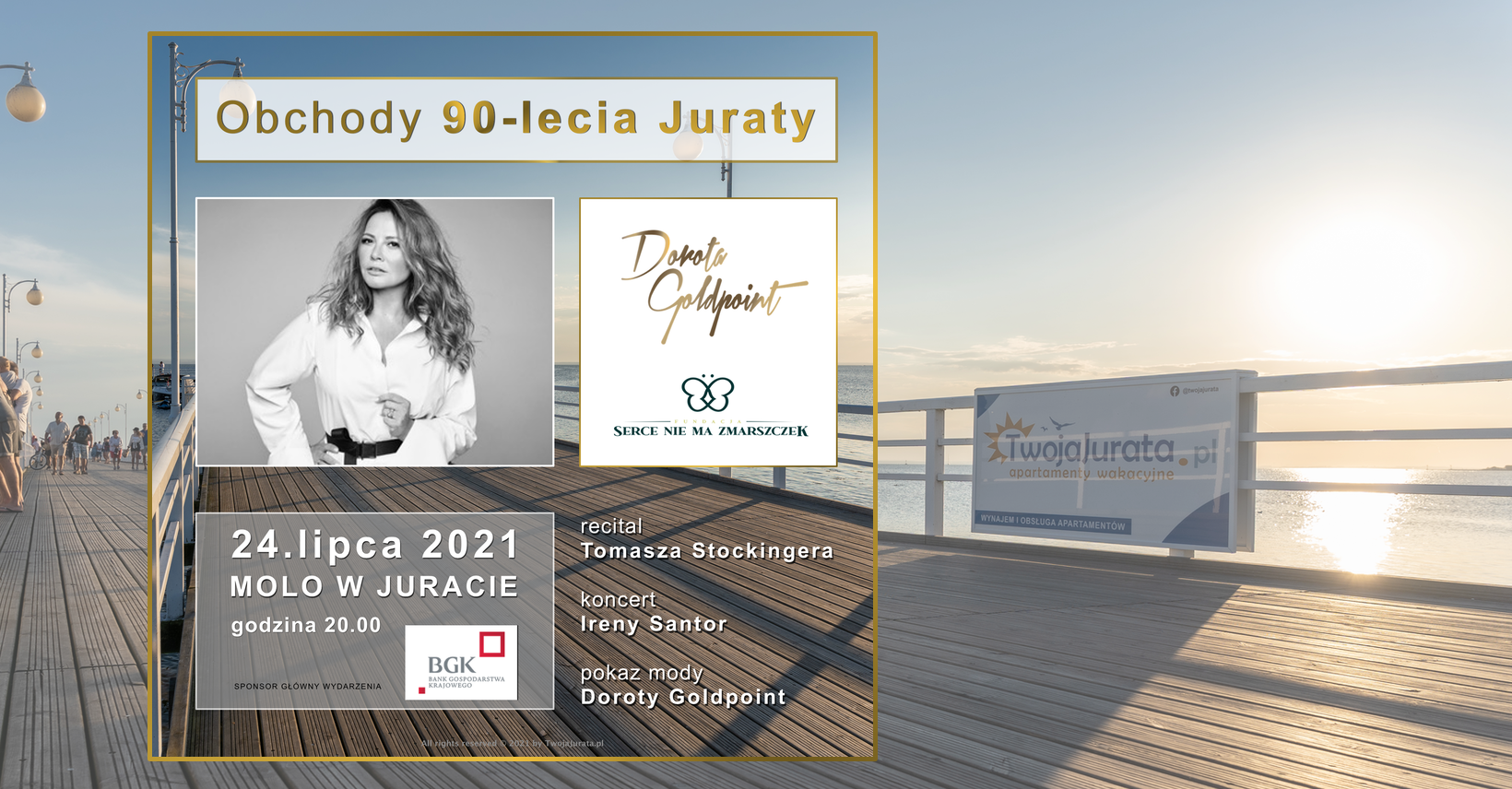 The event is organized by Dorota Goldpoint and Foundation "The heart has no wrinkles" together with municipal authorities Jastarnia. 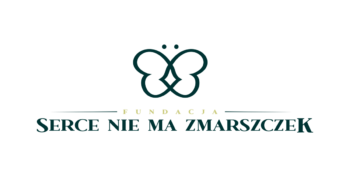 The highlight of the program will be the gala concert of the stars -  Tomasz Stockinger's recital and concert of the First Lady of Polish song - Irena Santor. It should be noted that Ms. Irena Santor has already finished her stage career, but due to her great sympathy for Jurata, she agreed to make a guest appearance at this wonderful event!

The celebrations will be accompanied by a Dorota Goldpoint fashion show.

The event will also be accompanied exhibition of large-format photos of Marlena Bielinska to Dorota Goldpoint's project "The Inner Power" prepared by the Foundation "The Heart Has No Wrinkles".

The main sponsor of the event is BGK Bank Gospodarstwa Krajowego. 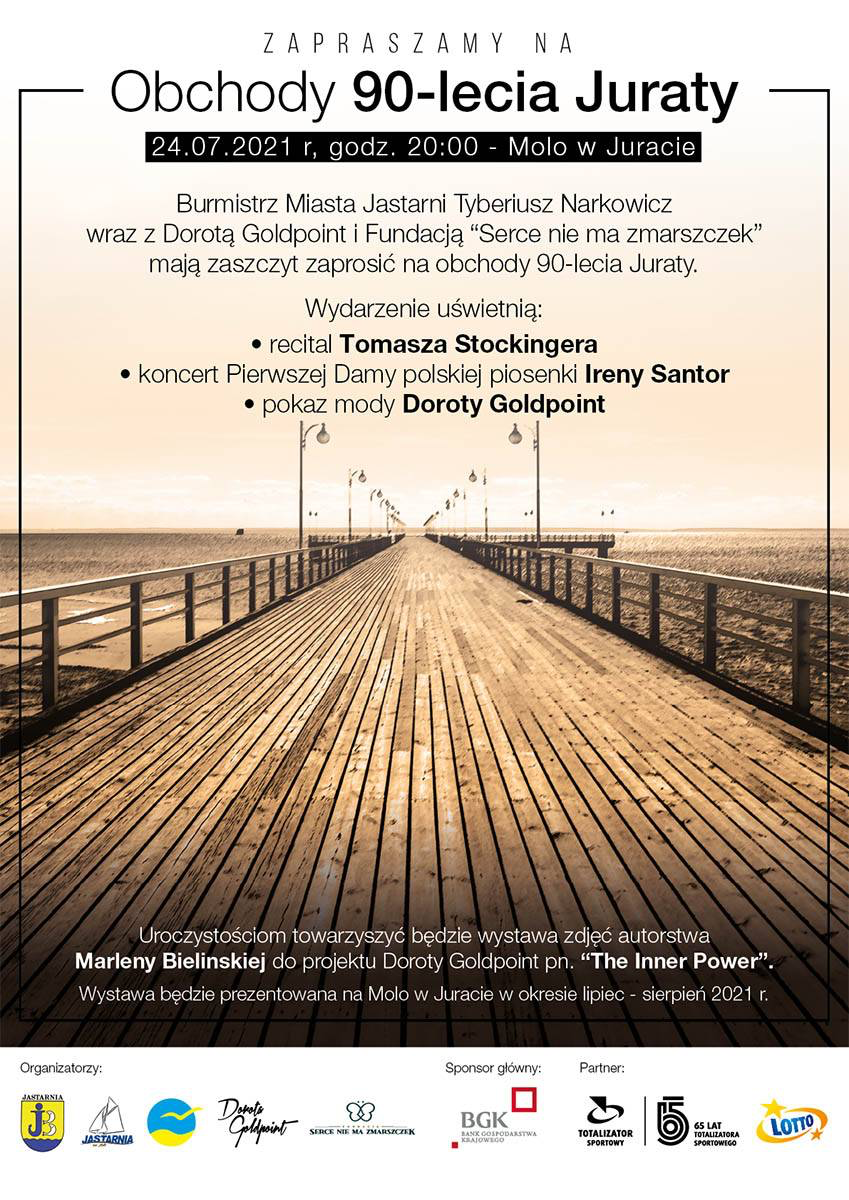